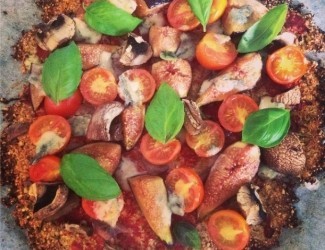 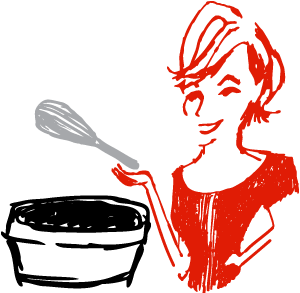 Fig and Blue Cheese Pizza with a Cauliflower Base

You can, of course vary the toppings!

Put the cauliflower into a food processer and whizz into small pieces, alternatively use a knife or cheese grater.

Combine with the rest of the base ingredients either in the food processor or mix well to form a dough.

Spread onto the prepared trays, shaping it to around 30cm diameter and bake in the oven for about 20mins.

While the base is cooking, cut up the mushrooms, tomatoes and blue cheese and marinade the figs in the Rosie’s Doo Dah

Take the bases out of the oven and spread over the tomatoes so it covers each base. Tope with the mushrooms, tomatoes, figs and blue cheese over the top of the pizza base.

Cook both pizzas for another 10 minutes until the edges crisp.

Garnish with Basil and an extra drizzle of Rosie’s Doo Dah Sauce and serve with a crisp salad!!!!