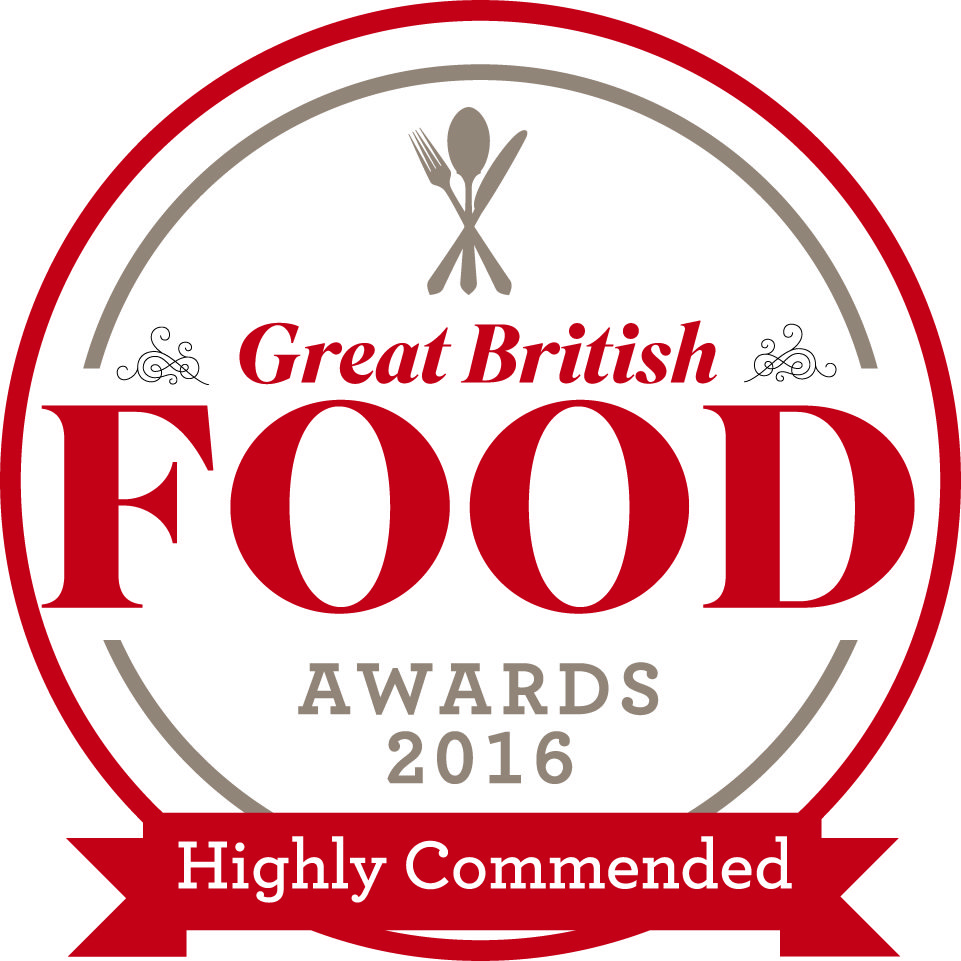 Our very own Rhubarb and Vanilla Curd was highly commended in the Sweet Preserve Category judged by chef Rosemary Shrager and our Ploughman’s Pickle was also Highly Commended in the category for Savoury Preserves judged by the GBF Team.

Launched for the first time three years ago, the awards were set up to provide a platform for the skilled, passionate – and often unsung – artisans behind the nation’s finest speciality food
and drink.

The Great British Food Awards have gone from strength to strength, growing to 31 categories and covering a wealth of areas, including Best British Gin, Best British Charcuterie and Best Blog. They have quickly become a benchmark of excellence in the world of food, drink, restaurants and much more.

All of the produce entries were initially short-listed based on the producer’s commitment to provenance and local sourcing, then taste tested by a panel of some of the top names in British food,
including chefs Rosemary Shrager and Richard Corrigan, plus Great British Bake Off winners Edd Kimber and John Whaite.

Readers of Great British Food magazine were also invited to vote for their top picks in a number of food-related categories, including Best Cookery Book, Best Independent Retailer and Best Food Writer.
“I was truly blown away with the quality of entries this year. Our judges had a very tough job having to choose the best from such a brilliant selection, but I’m delighted with the results,” says Natasha Lovell-Smith, editor of Great British Food magazine and chair of the judging panel.

“We had entries from producers of all sizes, from every corner of the UK, and the quality of food was just outstanding. Our judges are experts in their fields, and all of our winners, runners up and finalists should feel very proud indeed!”

Great British Food magazine has a circulation of 44,700 and is the only national food title 100% dedicated to British produce.