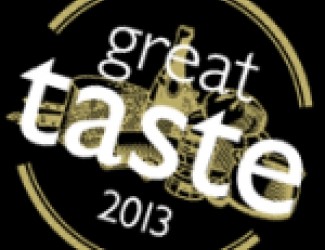 The 2013 winners of the prestigious Great Taste Awards were announced last week (Wednesday 7 August) and we’re thrilled to have won awards for two of our products – our brand new Sublime English Truffle Oil and Billy’s Chilli Jam.

The Great Taste Awards are organised by the Guild of Fine Food and are the acknowledged benchmark for speciality food and drink. Described as the ‘Oscars’ of the food world, nearly 10,000 products were entered into the Awards and judged by 405 judges over 50 days!

In 2012 we won our first Award for our Scarlett’s Ornamental Ginger & Soy Sauce – still one of our best-sellers.

It’s a real honour to have won these awards against such strong national competition and from such a prestigious panel of judges!